How will the global solar industry market pattern change in 2020?

How will the global solar industry market pattern change in 2020?

Recently, industry analysts such as IHS Markit and other industry analysts have successively released forecasts for the global solar market in 2020. In the context of the continuous transformation of the global energy structure, the scale of new installed capacity of renewable energy represented by solar power will steadily increase. Among them, it is expected that the maximum installed capacity of solar power generation in the world this year will exceed 140 GW, an increase of nearly 15% compared with 2019. With the rapid development and maturity of the global solar energy industry, how will the market pattern change in 2020?

Judging from the forecast results that have been published so far, industry analysts are optimistic about the scale of new solar power installations in 2020. Among them, the estimated data of Energy Trend, a new energy research center of Jibang Consulting, is more conservative. It is believed that the total installed capacity of solar power generation will be around 125 GW this year; from 2020 to 2025, the global solar market will show a slight growth trend. The annual growth rate is around 7%. In contrast, IHS Markit's bold prediction that the agency believes that the global installed capacity of solar power generation in 2020 will reach 142 GW, an increase of about 14% from 2019.

Edurne Zoco, Director of Clean Technology and Renewable Energy Industry at IHS Markit, has full confidence in the forecast. He said that 2010-2019 is a decade in which technology innovation has driven a significant cost reduction. With the strong support of governments around the world, a large number of subsidies and favorable policies have driven the rapid development and maturity of the industry. This has laid a solid foundation for the development of the global solar market. In this context, the global solar market demand will continue to rise in 2020 and become more diverse. Therefore, it is "not surprising" that the total number of new installations in the world this year has double-digit growth compared to last year.

From the perspective of regional distribution, Energy Trend analysis pointed out that the top five global solar energy markets in 2020 are China, the United States, India, Japan and the Netherlands. Since 2019, Spain, Germany and other European traditional solar energy markets have begun to recover, and it is expected to grow steadily in 2020. At the same time, due to the rise of emerging markets in the Asia-Pacific region, its market demand potential cannot be underestimated. Southeast Asia is expected to become the main growth driver for the Asia-Pacific region.

IHS Markit also listed China, the United States, Europe, and India as the focus of the global market this year, and believes that China will continue to be the crown of the world's largest solar market.

IHS Markit pointed out that at present, China's solar market demand is in a transitional stage. From the policy adjustment in 2018 to the opening of the parallel era of bidding projects and parity online projects in 2019, China's solar market demand has fluctuated slightly, but it will eventually stabilize. It is expected that China's solar energy market will continue its development trend in 2019 and 2020. Although the new installed capacity is less than the peak in 2017, it is still the largest solar energy market in the world.

IHS Markit predicts that by 2020, the share of the world's top ten solar energy markets will decline from 94% in 2010 to 73%, a drop of more than 20 percentage points. At the same time, this year there will be 43 countries with new installed capacity of over GW of solar power generation, and geographic coverage will be more extensive. In 2010, the number of global GW-level markets was only 7, and the distribution was relatively concentrated, mostly in Europe.

The addition of new blood will undoubtedly create new competition. Many practitioners in the photovoltaic industry said that today, the industry is in a stage of integration and competition and fierce. The pressure to reduce costs has forced companies to continuously develop new technologies, and innovation has become a top priority for enterprise development.

Energy Trend believes that under the trend of affordable Internet access, it is expected that the solar energy market will show two major trends in 2020: one is the controversy among hundreds of technologies; the other is that the string inverter will become the new darling of the global market.

In 2019, the largest concern in the field of solar manufacturing is large-size silicon wafers. Large-size products bring higher efficiency, and industry leaders have introduced related products. However, Energy Trend pointed out that due to the large size silicon wafers involved in the replacement of equipment of downstream cell and component manufacturers, most battery plant production lines have just completed the transformation and upgrade of PERC products in 2019, and it is expected that the probability of updating equipment in 2020 is small. 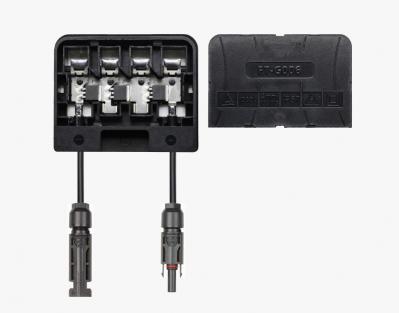 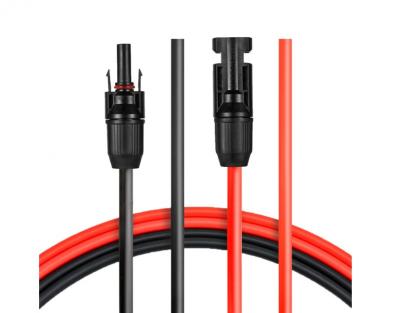 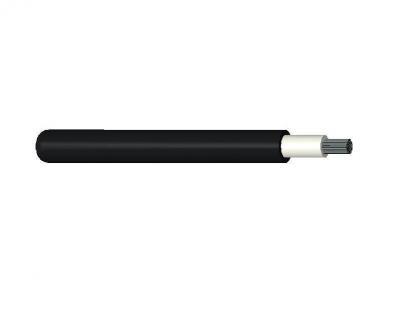 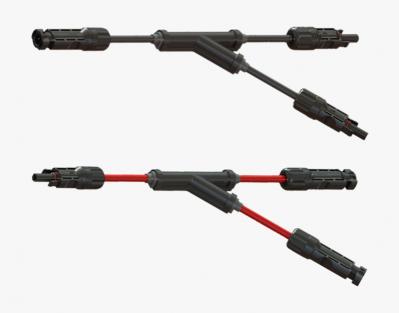 Solar Connectors Y Branch 1 to 2 Parallel Adapter Cable (R-type)
Related News
1.The structure and main functions of the pv junction box
2.New energy knowledge of pv junction box
3.Nearly 700GW of photovoltaic installations will be added globally in 2019-2024, with an average of 140GW per year