The development process of solar cells has mainly gone through three stages:

The difference visible to the naked eye is:

The monocrystalline silicon cell is dark blue and rectangular; 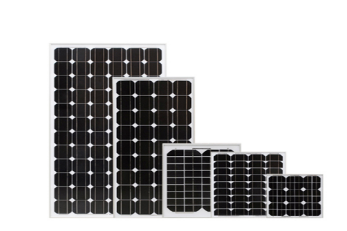 The polysilicon cell is light blue and square.

With the cell, the following work is to make the components:

Manufacturing photovoltaic modules is as simple as that in the early days!

Unfortunately, the 2008 financial crisis led to a sharp drop in subsidies for new energy sources in Western countries. Coupled with anti-dumping duties, it suddenly pierced the Chinese photovoltaic bubble and a large number of companies went bankrupt, causing a devastating blow to the industry.

After learning from the painful experience, China's photovoltaic companies have begun to increase technological research, and the state has also introduced subsidy policies in due course, opening up the domestic energy transition, and photovoltaics have gained an opportunity to take off.

After more than 10 years of development, China's photovoltaic industry has become the most competitive industry, leaving European and American countries far behind.

In 2017, the scale of China's photovoltaic industries accounted for more than 50% of the global total, establishing a global competitive advantage.

Hundreds of thousands of photovoltaic modules are built in desert areas or wastelands, or large open spaces, which are called centralized photovoltaic power plants;

According to my country's energy development plan, distributed photovoltaic + centralized photovoltaic will be the two largest energy projects in China in the next 30 years.

At present, the major power generation households in my country are in the west and north, while the major power users are in the east and south. The transmission of thousands of kilometers of electricity must be realized by the UHV of the "new infrastructure".

There is a saying that giving people fish is worse than teaching people how to fish. The simple understanding is to allow the eastern and southern regions, which are large electricity users, to have a "hematopoietic function" and to produce electricity by themselves.

Therefore, the future development direction should be to widely deploy industrial and commercial distributed photovoltaics in these areas to achieve self-sufficiency in electricity.