The average life of solar modules is about 25-30 years. As the operating time limit of early photovoltaic power plants gradually expires, the number of waste photovoltaic modules that need to be disposed of is increasing day by day in all parts of the world. Currently, around the world, about 60 million tons of solar panels in the scrapped stage have become waste.

People need an effective recycling method to reduce environmental pollution. Recently, Indian scientists at the KPR Institute of Engineering and Technology in Tamil Nadu have devised a method to efficiently recover pure silicon and other materials such as aluminum, silver and lead from waste solar panels using chemical treatment. 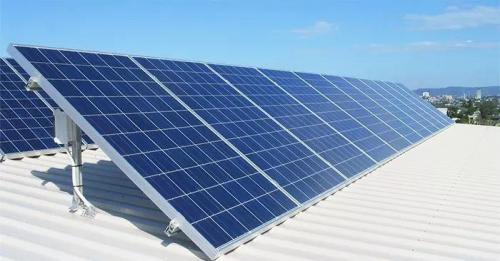 In the research, scientists used some specific chemicals to treat solar cells and found that the aluminum layer can be removed by using concentrated sodium hydroxide solution. The hydrogen formed during the reaction is collected in a chamber and can be used as fuel in the future. The aluminum hydroxide in the sodium hydroxide solution is separated by filtration. Similarly, the solar cell modules are treated with nitric acid to remove silver and lead. The released nitrogen dioxide is collected and used for later production of nitric acid.

In this process, the anti-reflective coating (blue) and the p-n junction are the only impurities, which can be removed by concentrated phosphoric acid. Through this long-term treatment of solar cells, people can obtain pure silicon (99.9984%).

Recently, as all parties are stepping up efforts to deal with climate pollution, solar energy recycling has also received a higher degree of attention. The Dubbo Regional Council (DRC), the local government in New South Wales, Australia, has participated in a pioneering pilot project for the recycling of second-hand (usable) solar cell modules. DRC hopes that residents will one day be able to reuse solar energy battery components in their own homes or in companies .