Why are PV modules afraid of shadow occlusion? What is the "hot spot effect"?

Why are PV modules afraid of shadow occlusion? What is the "hot spot effect"?

Q: Why is the component afraid of shadow occlusion? What is the "hot spot effect"?

The so-called "hot spot effect" means that due to the partial occlusion of the shadow, the different degrees of dust settlement, and the pollution of bird droppings, the occluded part of the cell will not provide power contribution and become an energy-consuming load inside the module, and at the same time cause the local component of the module. When the temperature rises, the bypass diode is started, and the corresponding battery string is short-circuited, which affects the power generation; and the overheated area can cause the EVA to age and turn yellow, which reduces the light transmittance of the area, which further deteriorates the hot spot and affects the overall power generation. 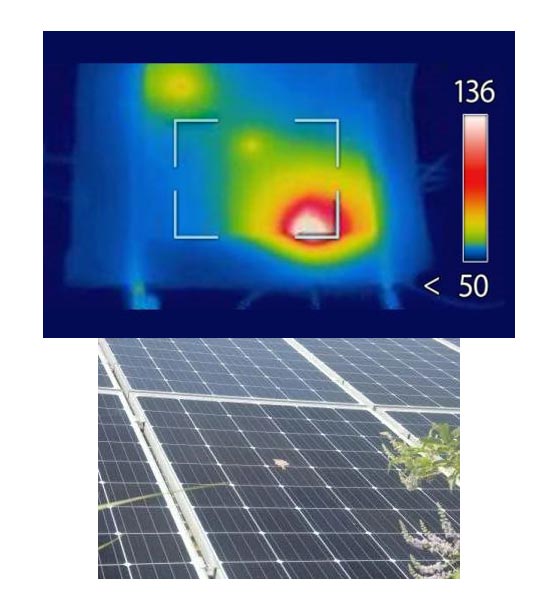 The output voltage is increased through the series circuit inside the module, and the current of the series circuit has a barrel effect, that is, the lowest current in the entire string of circuits, so the current of the entire string of components is reduced accordingly, and the power generation of the system will also be affected.

Q: What effect does the voltage drop have on the photovoltaic system?

A: The voltage loss in a photovoltaic system can be characterized as:

Under the guidance of the goal of "30.60 carbon peak and carbon neutrality", the photovoltaic industry has advantages and difficulties, opportunities and challenges. As the world's leading supplier of photovoltaic smart energy solutions, Trina Solar has been committed to promoting photovoltaic technology innovation and industrial development for 25 years. In the future, Trina Solar will expand the sunshine avenue of innovation and development, and comprehensively assist the whole county to advance and implement the "dual carbon" goal.